All eclipses change our electromagnetic resonance.

1. It’s a Black Moon or Lilith Moon-the most magical and mysterious as there are no Full Moon’s this February a rarity which occurs once every 20 years.

2. It’s also the Ancient pagan festival of LUPERCALIA or WOLF

The Lupercalia was the ancient annual Roman {pagan} festival conducted on February 15.  The origins of the festival are obscure and suggest a connection with an ancient deity who protected herds from wolves and with the legendary she-wolf who nursed Romulus and Remus. As a fertility rite, the festival is also associated with the god Faunus or the goat God Pan.

The festival, which celebrated the coming of spring, included fertility rites and the pairing off of women with men by lottery. At the end of the 5th century, Pope Gelasius I replaced Lupercalia with St. Valentine’s Day.

The festival began with the sacrifice by the Luperci priests- of goats and a dog; after which two of the Luperci were led to the altar, their foreheads were touched with a bloody knife, and the blood wiped off with wool dipped in milk. The ritual required that the two young men should laugh.  By expiation and purification, the Lupercalia secured the fruitfulness of the land, the increase of the flocks and the prosperity of the whole people

3. The eclipse is the start of the Chinese NEW YEAR of the Yang-male Earth Dog.

The Chinese saw dragons eating the sun during eclipses. The Vikings saw a pair of sky wolves chasing the Sun or Moon which caused an eclipse if one of the wolves caught either of the luminaries.

Dogs and wolves are interchangeable.

There is a Lone wolf and a “Women who run with the Wolves” by Dr. Clarrissa Pinkola Estes here.  Quote ““Love in its fullest form is a series of deaths and rebirths. We let go of phase, one aspect of love, and enter another. Passion dies and is brought back. Pain is chased away and surfaces another time. To love means to embrace and at the same time withstand many ending, and many many beginnings – all in the same relationship.” This feels the aptest for this Solar eclipse.

# 17 THE STAR is the sign of AQUARIUS in the Tarot

The partial eclipse at 27+ degrees is almost the exact opposite degree mirroring the “Great American” Eclipse of August 21, 2017, which was at 29 degrees LEO. That eclipse fell conjunct to Donald Trump’s Mars and his Leo ASCENDANT and on the famous “star of royalty’ Regulus aka Archangel Raphael’s star. Which is now at zero degrees VIRGO- hence Royalty now marrying commoners and “servants.” and coming down to earth. Donald Trump will be hit from the opposite side now at this latest eclipse. There are big guns out to get him.

This SOUTH NODAL Eclipse in AQUARIUS @ 27+ degrees is part of Saros Cycle 150 which began on August 24, 1729. The last eclipse in this cycle was on Feb 5, 2000, at the time of the dot.com boom which quickly turned into a bust. South Nodal eclipses are releasing of the past. See what happened in 1729 -link below

There are 5 AQUARIAN Aspects. The SOUTH NODE and Mercury JUNO the Moon and SUN in tight orb of 2 degrees.

URANUS the ruler of AQUARIUS is the SIGN of revolution freedom higher consciousness co-operation and new technologies.

We need to release old ways of thinking about women’s intelligence and organizational genius.  I believe that the Asteroid JUNO which looks like an 8 armed magic wand symbolizes WOMEN’s specific multi-tasking genius.  Interesting that the A1 computer is named SOPHIA- the Goddess of wisdom. This is a dangerous tool and we must be aware of what happened in the past when power was abused in Atlantis and LEMURIA.

This feels like a push-pull in higher echelons of power with secret troublemakers and International intrigue. The revolution wants to happen but there are secret cabals making the energy difficult to decipher.

Jupiter is rah-rah for change big deep change at the soul personal and financial levels. It’s happening behind the scenes it is being engineered. This is also deep sexual and power abuse secrets trying to come out. WOMEN speaking up for each other helps these changes become activated worldwide.

The NORTH NODE in LEO is conjuncts CERES

The Great Mother is asking us to lead with our hearts and wills our courage and passion. Aquarius South Node’s shadow is fanatic individuals and collective sheeple thinking.  We must remember to mother ourselves and protect the children.

SATURN the ancient ruler of both CAPRICORN and AQUARIUS is really the head honcho planet. Saturn sextiles Venus exalted in PISCES. This is a very sweet energy. Indicating we are building a new more compassionate woman and the natural beauty centered world.

This is a fiery fiery spiritual combo and YES focus all of your intentions during the solar eclipse as they magnify all spell or prayers which peaks at 1:05 pm PST/ 4:05 pm EST/ 9:05 pm GMT. The Great Attractor is a very powerful energy to focus on.

Use Neptune’s energy to contact the highest spiritual levels. Remember the world is going through a very dirty battle right now. Our collective releasing of the old tribal mentality and creating from the heart is our path to creating the world we all want to live in.

Focus your energy on these powerful symbols and energetics of ;etting go of the past and evolutionary transformation at this eclipse. If you have planets or angles in your birth chart at 25-29 degrees AQUARIUS /LEO or SCORPIO -TAURUS you will feel the push of this eclipse the most personally. The effects of an eclipse last 9 months. We will be in an overlap for the next 3 months.

I will be meditating for most of the day. Let me know how you are doing and if you need assistance.

Feb.3 Under a VIRGO MOON you may have a restless sleep or be very hyped up as La LUNA is very busy in the wee hours interacting with Venus in AQUARIUS and URANUS in ARIES in “I’ll pretend you are not there aspects- quincunxes.

A nice aspect to Jupiter in SCORPIO  brings on sexual fantasies.

Old issues of fears phobias and OCD issues; karmic issues long forgotten; woundings and feelings of helplessness may come up through your dreams as the Moon opposes CHIRON IN PISCES. Be gentle with yourself as this is your psyche’s way of cleansing itself. 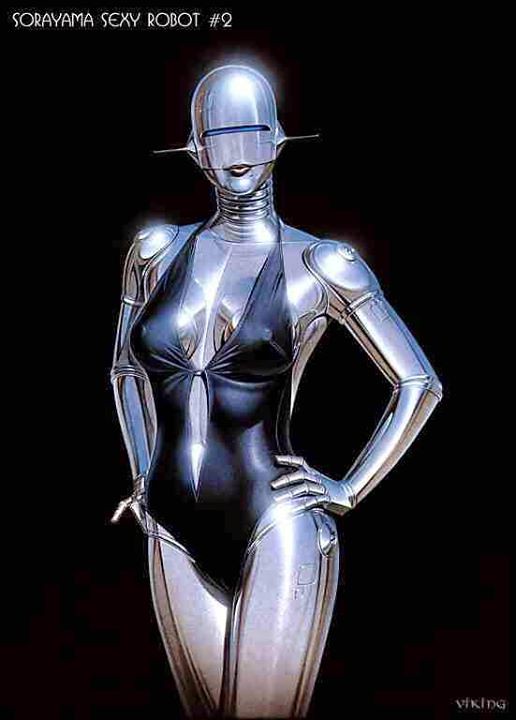 Think Jane Fonda in Barbarella in the 60’s. The female astronauts the needy girl, the feminist, the tribal, freedom-loving babe, the researcher, the organizer for Big causes, the rebel, the quirky unusual outsider.

Literally, this symbolizes the first A1 computer Sophia who was granted Saudi Arabian citizenship recently.

Jupiter is Scorpio is expanding the secrets in everything-your own psyche and in The world-check out that declassified memo. Jupiter in Scorpio rules the canals of super wealth and finances.

This aspect keens our sense of “x-ray” vision-the ability to see right through the pretenses. No one can Fool you when Jupiter in Scorpio taps into that energy, under this energy You may discover truths about yourself that you didn’t realize you had.

Jupiter in Scorpio is about Power- the insatiable obsession for it and the ruthless need to be in control.

Certain Scorpios are having their darkest sides exposed now or hunkering down deeper into their own cells.

As Jupiter exists da everything it touches this is a golden time to find love on the net or in unusual unexpected places.

You need to connect with those on the same electric double wavelength that Aquarius symbolizes and go deeper in love and intimacy than ever before.

Venus in Aquarius loves to be cool detached and icy. Jupiter is Scorpio melts that ice queen down to a puddle. That is the fear and the desire. Scorpio is ego annihilation through the Power of sexuality.

That is the truth about sexuality. Sex death life birth is all part of the same cycle. That is what the “little death” is all about as the French aptly call the orgasm.

Venus in Aquarius pushed on by Jupiter opens any nerdy detached in their head virtual reality human into a soul with feelings.

If you side with the Aquarians you will escape to your spacecraft in the sky or sexbot refusing to get down and dirty wet and messy with Jupiter in Scorpio.

There is sexy communication going on any way you look at it.

Libra Moon is always a good moon to socialize under. Good for parties and especially cultural and art openings- that’s where I will be Saturday night with my husband.

This is excellent for meeting a silver fox or foxette. Also being attracted to older mature more worldly people. Combining a business with a social event is to do.