This might be one of the Most critical big shifts energies of 2021!

Hold onto your hats, this is a repeat of the January 12 SATURN PLUTO conjunction at a much higher and deeper shit level of Saturn/Pluto which initiated Covid-19.

This NEW is the MOON, SUN MOON PLUTO is a new beginning on the world’s stage and in business and affects governments, world wide, finances, Plutocrats and anyone with planets at 18-28 degrees CAPRICORN, and ARIES, CANCER, LIBRA.

Love hurts, love wounds and that is where the healing jewels are. But you have to be strong brave, courageous, grounded and in your body to open up to your hurt, shame, defences, anger, and armour. If you have planets at 0-8 degrees Cardinal signs. ARIES, CANCER, LIBRA, CAPRICORN this means you.

THIS IS A VERY HEAVY ASPECT. TWO MALEFICS Are fighting IT Out at 2+ degrees fixed signs

Mars is The Tower #16 in the Tarot and Saturn is the #21 in The Universe in the Tarot. This means war. It’s explosive, shocking, angry, defensive, chaotic energy is heavy, restrictive, testing, and is karmic lessons, endings, maturity.

Let the Revolution begin in earnest. Aquarian revolutionary energy is bullish, sensual, valuable. Higher consciousness, like a bolt of lightning, cracks old fashioned regimes and habits like a flash.

If you have planets at 1-11 degrees Taurus you will feel that Uranian charge. Stop drinking coffee as you won’t need any extra stimulation. You will also feel this with planets at FIXED degrees of Leo, Scorpio and Aquarius

The light shines in the dark, revealing all the deepest, power hungry, financial secrets, and puppet shadows in government, corporations, and in the psyche. This is a repeat of January 12, 2020, Saturn Pluto conjunction in a super power energy field. On another higher level.

Think back on what was happening a year ago before COVID-19 hit. This is a second initiation.

If you have planets at 18-28 degrees CAPRICORN ♑️, ARIES ♈️, CANCER ♋️, and LIBRA ♎️ you will feel this brilliant, empowering, death and rebirth energy the most.

Stay grounded, and expect the unexpected. Flashes of clarity will light up your consciousness. Take the high road.

Image of The Tower from The Muse Tarotc

Congratulations to Joe Biden and Kamala Harris who have been declared winners of 2020 US Election with a historic first for a woman VP, a black, Indian and Bi-racial woman VP.

Kamal knocks 4 balls out of the park at one shot. Plus her husband is Jewish! She gets extra points for that too.

Yeah if the Aquarius age is coming it definitely needs Women, POC and mixed race people running the government which Alsi needs to overhaul itself.

It’s a bumpy ride Sunday today with 4 Inconjuncts-150 degree Asoects from the Leo Moon to Neptune in Pisces, Jupiter Pluto and Saturn in Capricorn,so take it easy.

Many people are in Leo celebration mood. And many people are not. That’s what an inconjunct/ Quincunx Is. A note on one’s eye, a blind spot.

A shift is a good thing. I am praying and hoping that Biden will be ok. I do not like corporate run political parties anywhere.

I don’t believe the Democrats are the pure good guys either. Obama was a huge hawk. yes Democrats are certainly better than racist, reactionary bible thumper science deniers. But it’s more complex

I have always been an independent thinker. I question everything. The situation is still foggy due to Neptune in Pisces and will continue into 2024/2025,

Enjoy the positive Sun/ Mars Retrograde trine and remember Mars will be firecrackers-going direct on Friday the 13th.

Please share widely all writing us copyright of Tara Greene.

October 9th, 2020  remembering the extraordinary Working Class Hero, Beatle leader John Lennon on what would have been his 80th Birthday. He was and still is one of my heroes.

John Lennon was an extremely unusual, intelligent man and a very strong individual. He did prophesy his own death. “The way things are going, they’re going to crucify me.” 56 years after the Beatles came to America and conquered the world the Beatles are still as famous and their legendary songs live on for future generations, Imagine, one of the greatest songs ever written will become the Aquarian age anthem.

John was a number 6 personality and Soul number. The #6 is THE LOVERS in the Tarot. The center of the Tree of  Life, Tifferet, Beauty. Also, related to Gemini energy, the twins, communications, the mind. John had many sides to his personality and many ghosts.

Did you see that cute little film Yesterday? It posits a parallel Universe where the Beatles never existed. In one scene the anti-hero who is one of the few poeple who remembers the Beatles gets to meet John Lennon who is an ordinary man in this alternate universe. The scene where we see John at 78 years old brought tears to my eyes.

Let’s look at John’ss birth chart and the transits on his 80th. Synchronistically Mercury in Scorpio is conjunct with his Natal Mercury and Venus is also in Virgo.

John Lennon is an airy thinking type, a Libra, sign of relationships, harmony, balance, partnerships, Peacemakers, and social charmers was born just after sunset during an air raid on Liverpool during the Second World War. Ruled by the planet Venus he was an artist through and through. Creative types have strong Venus and Neptune planets. Lennon has Venus at 3 degrees of Virgo, in the 6th house of work, service, analysis, criticism, humility and perfectionism. Not what you would expect. Neptune at 26 degrees Virgo in the 6th house is square to the Galactic Center. He was a true metaphysician and visionary.

His Virgo Venus is quincunx or inconjunct 150-degree aspect to the MOON in Aquarius which is the highest elevated “planet” in his chart. John was governed by his emotions, which could be cold, detached, rude, hard, unfeeling. John and his mother had a distant relationship. He was abandoned by his father at three and then by his mother and brought up by his very strict Aunt Mimi at five. John hardly knew his mother until his late teens, He discovered that Julia, a beautiful vivacious redhead, was living close by and he finally got to know her and his two younger half-sisters. His mother introduced him to Rock and Roll and taught him to play banjo. Moon/ Venus in a difficult aspect indicates the great love for and deep loss of his Mother- killed in a car accident when he was 17 years old.

Lennon’s Aquarian MOON -the Revolutionary moon, high up in his chart, indicates his worldly status and position. He cooly and cruelly walked away from his first wife Cynthia and his young son Julian suddenly after getting involved with Outsider conceptual artist Yoko Ono in 1967.

Mars was conjunct Neptune in Libra, he was driven, sparked, fired up through his creativity. All artists & musicians’ channel through Neptune planet of SPIRIT. This is the mark of the visionary.

Mars in Libra is focused on “others” and has difficulty making decisions, Mars in Libra is vulnerable, sensitive in the Venus-ruled sign, a peaceful warrior. Mars rules Lennon’s hot-headed -ram butting acerbic-tongued ARIES Ascendant. He appeared tough, masculine, strong-willed, defensive, independent, with a big temper. Lennon’s famous vulnerable songs like HELP! I Need somebody, hey you got to hide your love away.  etc. illustrate the deep vulnerability.

Lennon was born with a positive Jupiter Saturn conjunction in Taurus, both Retrograde, opposite his Mercury in Scorpio. This is where Lennon’s famed quick-witted, sarcasm comes from. Mars also ruled his fork-tongued Mercury.

Mercury in Scorpio also gave Lennon’s song lyrics great depth. He had the ability to see right through people so could spot a phony a mile away. Songs like Sexy Sadie A Day In the Life, and Working Class Hero are very deep songs.

The Leo needs to shine like the SUN in the world, was an immensely powerful drive.  The Sun in Libra on the cusp of the 7th house of relationships rules his Pluto in Leo. Through creative collaborations, his songwriting talents with Paul McCartney are a legend of course. Here Lennon would find some balance, some peace and connect with all “others.”

Lennon’s chart shows a Grand Trine between the Moon, Uranus in Taurus, and the North Node in Libra- it’s very wide and out of sign. this gives Lennon’s signature as a revolutionary man who would make a huge mark on the world as an artist and peacemaker.

Mainly there is a FIXED Grand CROSS in his chart-making Lennon a  very intense person. His 10th house MC of world fame is Capricorn. It is real, ambitious, required patience, he started singing publicly at 16. Lennon was a leader, a bit more mature. Capricorn is the sign of worldly fame and fortune.

So, a short light look at the man who was John Lennon. Whose fame will live on always because music is the food of love and Lennon’s song IMAGINE is one of the rarest and greatest songs ever written.

I do believe he was very enlightened,  although flawed human personality. I could believe that he was like a modern-day Jesus. His life was very much the same. He spoke incredible truth. Loved by millions, he influenced a cultural change that just now is finding its true feet.

Can you IMAGINE a world WITHOUT John Lennon in it?

Bless you John Lennon and thanks for the music and the inspiration, I join you in the dream of Peace. What did John Lennon mean to you?

P.S. I was a huge Beatles fan as a teenager. My daughter Leah was raised on only Beatles or classical music. I remember driving in the car and turning around to see her at 6 sitting in her car seat singing along to “Say you want a revolution, well you know… we’d all love to see the plans.”

IN MY LIFE- John Lennon/Paul McCartney

get a reading from TARA http://www.taratarot.com

John Lennon song. “Revolution.” Remember that the energy that was birthed in the 60’s has been reignited now.

watch the vlog and excuse the coffee-stained Astrology calendar.

PATREON is getting up dated soon.

MARS is retrograding in Aries for the first time since September -November 1988.

If you were born at that time this Transit is particularly strong and important for you. Like a second Saturn Return but in a different form. 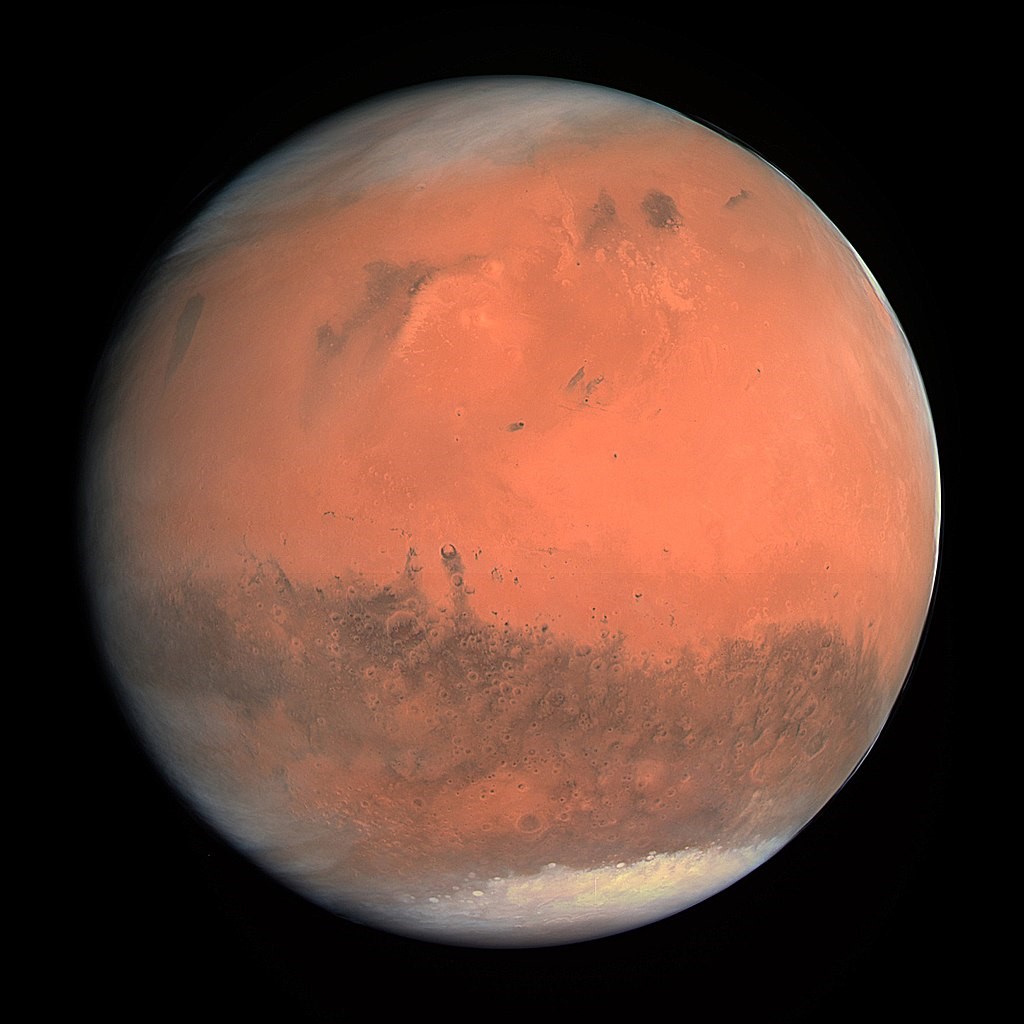 I mistakenly said a Cardinal Fixed Cross instead of a Cardinal cross. There’s some channelled messages in the reading too. https://www.youtube.com/watch?v=2YG1Faafpwg

Aug 14 Gemini moonlighters the mood. The trickster moon is very busy with many mental gymnastics.

GEMINI MOON is all about talking, communicating, lightening up, social butterflies, flirting, juggling all kinds of ideas.

the Moon is interacting a lot with all the planets today.

watch the video please. Please your feedback is much appreciated.

please share widely get a reading with me http://www.taratarot.com

August 2 Tarot reading of the day

with the Muse Tarot

Please share all writing is copyright of Tara Greene