The energy felt so intense today. SATURN is now at the CRITICAL last 29th degree of SCORPIO since September 1st.

The 29th degree, read as the 30th infers the end the Omega and the beginning the Alpha.

Everything that has ever been, and will be, IS. Exists in the ETERNAL INFINITE NOW. Hence the title of this blog, Infinity now. The past is still happening, still accessible and there is no end to parallel universes. 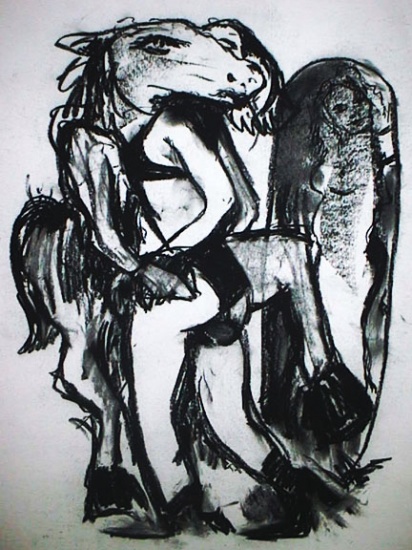 This degree is of pure creativity that draws on ANY AND ALL SOURCES AS MATERIAL “PRIMA MATERIA” for what it creates.  It symbolizes extreme creativity perspective and receptivity and whatever it takes in is continually reconfigured into new patterns from which new experiences and understanding can be drawn.

WOW I LOVE THIS ALREADY! Hallelujah.

I woke up this morning realizing all the answers, all the names of God/dess are all here already, I already know them. I already have the keys. We all do.

If only we could be in this state of NIRVANA, where all is pure potential like a child, the FOOL, in the now. GOD/DESS is  totally creative Artist . Like Don Miguel Ruiz, of the Four Agreements talks about in his Toltec wisdom that everyone in his Indigenous shamanic culture everyone is referred to as an artist because All that Is, is an artist. The Universe is the canvas.

Pleiadian Symbol: A man in a death’s head mask sitting quietly in a dark tree. by John Sandbach.

Azoth Symbol: An alchemist carefully weighing the ingredients of a formula then casually throwing in other ones.

The aurora borealis. (Chandra Symbol). To have seen the wonders of the spiritual heights frees us from any fears of what may seem ominous or threatening in the moment.

There may be huge AURORA BOREALIS Sept 4th due to large Coronal Mass Ejections that will be visible as far south as Arizona?

A perfect black cube sits alone in the desert. (Chandra symbol). Like MECCA.  A complete surrender to the processes of change and transformation will make us deeply aware of our limitations and self-imposed isolation, which can be, ultimately, a good thing if we allow this realization to reconnect us with the light…..

I sort of pulled out my lower back, its sore.  Then had a client come who described having the same lower back pain in the evening who has been diagnosed with arthritis although she is in her early 30’s.  It happens.

I want to work on Donald Trump’s astrology chart and Wayne Dyer’s who had such a spiritual death, passing away in his sleep.

Also thinking about Syria and the horrible crisis there created by the U.S. and Russia and Assad, using the people as pawns in their war games. These refugees seeking asylum will also destabilize Europe and other countries who take them in, this is a complex problem and we want to be egalitarian and humanitarian but there are other hidden factors going on behind the scenes here. Secularism is the only way to have any stability in the world. We must stop all organized religious based ideologies, after all they are merely political tools for power. As much as I like Pope Francis, very much, the Vatican is a very corrupt place, and the climate change business also smacks of New World Order stuff. Yet the climate is a mess, too much pollution, resources being gobbled up, raping the earth. Are we merely in a natural cycle? Or a man-made cycle? The Plutocrats have so much money, they  can build machines to create earthquakes, change weather patterns and such for their own greedy benefit and to wipe out mass populations.

Interesting that the Pope will be visiting America during the Total Lunar Eclipse although he is scheduled to fly out hours before the eclipse happens.

Inspirational Card of the Day

Image on Card #30 of the Crop circle Oracle by Joseph- Mark Cohen, a friend and colleague.

The image shows a FLOWER OF LIFE design with a zodiac of petals in the middle. The Flower of Life was discovered by Drunvalo Melchizedek from 20 years of research as the template for creating all life in the Universe.

There is both a double spiral vortex and moments of still points as the circles dance amongst each other.

Oracle: “Go ahead, spin little dervishes until you find yours still point within. “

Wow, profound on so many levels. The whirling dervishes are the order that Rumi founded in Anatolia, now Turkey in the 13th Century.

all writing unless otherwise  indicated in by Tara Greene.

GIVE A DONATION TO HELP ME KEEP WRITING FOR YOU, scroll down the page  http://www.taratarot.com

I am in the countdown for my travels to SEDONA ARIZONA. Please book your Sedona healing vortex readings now. http://www.taratarot.com

The Love Goddess morphs into the form of a Centaur, half human from the waist up, all horse power from the waist down. Love must have freedom, to have the wind blow through your mane every which way on the open plains. This goes for female and male Sagittarius peeps all the time. As a double Sagittarius myself – don’t fence me in. It’s a centaur fold type of love.  Sagittarius loves humor.

Gotta love Sagittarius style. HONEST, Love is animalistic and instinctive. Yes they whinny when making love, kick up their hoofs and snort with laughter. GYPSY SOULS. Have you ever loved a SAGITTARIUS? Tell me about your love adventure.

Remember they are half-wild and only partly tame, so don’t try to teach them too many manners too quickly. Just try to bust that bronco. You’ll find out. She or he will leave you with horseshoe marks on your ass.

The fiery mutable sign, is ruled by largest planet Jupiter. They do loom large. They love to travel, to learn, they are natural teachers, who  are often self-taught. Philosophy, history, the exotic, pageantry. Higher learning, the law, judgemental are all Saggy type of things.

Venus in Sagittarius characteristics – totally optimistic idealists. Honest to a fault,easy to like, casual, what you see is what you get. Blissfully naive. They appear confident and open, hence their charm. They have a good sense of humor. They like to take risks, they can be gamblers. They love the great outdoors, camping and sports.

Love may be sometimes klutzy,while Venus is in the 9th sign.

Love and stuff can be hypocritical,you may make extravagant promises you wont be able to deliver on. NO LYING at all while Venus is in Sag.

Venus in SAGITTARIUS – NOT A DOMESTIC GODDESS!!

Sagittarius women like to have male friends who they can have intellectual relationships with. Sag. females are not naturally frilly girly girls. Brush up on your intellectual capacities.

SAGITTARIUS is the sign on Trump #14 called TEMPERANCE traditionally or ART/ALCHEMY  in the THOTH TAROT . 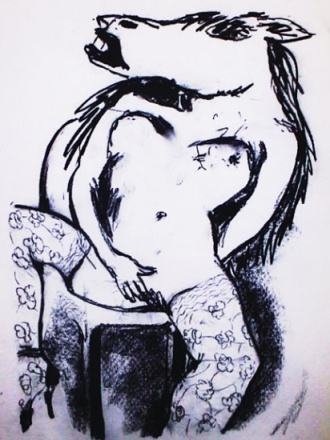 Venus in Sagittarius; even Cowgirls get the blues, she is usually eternally optimistic but when let down, she gets very low and cynical but then she is a red rubber ball, bouncing back.

UBER dreamy, soul mate time for the 9th & 12th signs. Both ruled by Jupiter which is in Leo, a compatible sign.. Open your heart wider. Dream away in another universe.

An optimistic, psychic, compassionate day for love and forgiveness. Its my birthday too.

This is super great for all Sagittarian’s and Leo’s. OK Aries too.

keeping it real folks. Gotta deliver on those promises.

Gemini- Sagittarius shadow- will be laughing, boxing, duking it out. Go to a sporting match. PLay games. Wrestle.

while Venus is on the GALACTIC CENTER at 27 degrees Sagittarius. Hmmm.. Galactic Love for sure.

This will slow Venus down for a day or two.

Trying to force them to stay home. Sagittarius only want to contribute when you give them space to do so.

THINGS TO DO  While Venus is in Sagittarius.

eat from a trough, no just kidding. They love International cuisine.

ALL WRITING IS COPYRIGHT TARA GREENE

GET a reading with Tara Greene-  http://www.taratarot.com