August 13 This is a perfect storm of planets. It isn’t just MARS and PLUTO Retro facing off in an exact square today at 23+ degrees ARIES/CAPRICORN. 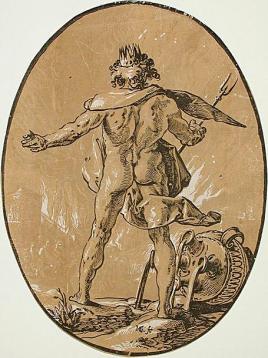 Its a double triple alignment of ERIS is at 24+ degrees LILITH at 22+ degrees and MARS squaring off with JUPITER at 18+Retrograde PLUTO and Saturn at 26+ Retrograde in CAPRICORN nearby.

ERIS, Roman Discordia, the personification of strife. Daughter of Nyx (Night) by Hesiod, she was sister and companion of Ares Roman Mars by Homer. This is a brother-sister duo facing off with PLUTO in CAPRICORN today. The denied feminine Sister who won’t be ignored is aligned with Dark BLACK MOON LILITH who has been totally ignored and written out of history on purpose. WOMEN will be on the rampage, very literally. Get it. Aries, the Ram.

Put them all together and that spells R-E-V-E-N-G-E. You could sing it to the tune of Respect.

#MeToo. With Eris Lilith and Mars aligned square Pluto this is a great time to do any sexual abuse issue deep-seated unconscious anger work to safely release and heal your shadows for the rest of 2020. Pluto raped Persephone.

MARS in his heyday home sign of a fiery red hot sexy testosterone-driven sign. This is a very dangerous and intensely passionate sexual energy. It could be the best sex but it can also be the worst. DO be careful as the unconscious energies of Pluto’s underworld are dangerously unleashed.

If you have planets from 15-29 degrees ARIES and CAPRICORN you will feel the heavy SCORPIONIC vibe of revenge, jealousy, possessiveness, control and deep-seated rage burning away.

SCORPIO you will doubly be triggered. MARS PLUTO is a double whammy which can double up all the worst shadow parts of Scorpio or help you to eliminate psychological issues that have dogged you for lifetimes. It’s a great time to release everything that has been holding you back. This goes for all signs.

Also CANCER and LIBRA with planets at these degrees take note you are in the opposition and square aspects.

Remember that when MARS turns RETROGRADE on SEPTEMBER 9  at 28+ degrees it will re-trigger this again.

this shifts the energy a bit. The work in the underworld is freed up to be expressed more clearly but the anger revenge, impatience and passive-aggressive energy is still being worked on.

Just after the Jupiter Saturn conjunction on December 21, the two cohorts are both moving direct. This feels like a huge exhale of dragon’s breath.

But there is more to the MARS interactions with other planets

Pluto rules wealth and the Plutocrats some big names may have a Humpty Dumpty over these next few months.

When Mars is RETROGRADE there may be some bigger businesses falling, a market crash and an enormous backlash especially with the upcoming presidential election in the U.S, and military stepping in to control things.

I am personally foreseeing major protests, street fighting, aggression, bombings and do or die kind of energy. Mars is reckless and impulsive and never thinks before it acts. Suicide bombers, A very dangerous energy.

Pent up repressed rage over being controlled and controlling others will be out in full force. Road rage will be a huge issue. I also see a second wave of lockdowns of Covid-19 during Mars retrograde.

To use this very potent sexual energy wisely you must be very grounded and careful. Tantric sex may be too much, raising kundalini energy too fast can fry own’s brain very quickly and easily. Ive knew someone who this happened to and it was just from doing breathwork.

If you think you can handle this raging fire from Pluto’s hell you better get yourself in shape quickly. Mars in ARIES is very defensive, build your own walls.

Physical issues from Mars-Square Pluto and Mars Retrograde. expect HEADACHES and wicked migraines. Mars rules the head and very aggressive anger and suicidal and psychological issues to crop up. Aries and Scorpio will be most prone to this,

Remember that there is justifiable anger then there is toxic anger and what you put out comes back to you too.

There is no way to sugarcoat this. I stand my ground for calling 2020 for being an extremely difficult testing year with Saturn Pluto conjunct since January 12.

ANger management would be a good place to start. There can be lots of energy that could be worked off through hard physical workouts. MARTIAL ARTS would be wonderful or build something of lasting value, renovate and tear apart a house.

PLUTO rules elimination. What do you need to eliminate, let go of and let die in your life?

Need help sorting out these issues? Get a reading with me http://www.taratarot.com