Today’s tarot reading from The Muse Tarot by Chris-Anne

Think Pink and smell the roses.

May 17 Happy Holiday Weekend Canada, I thought it was the same in the U.S. but its next week.

The Moon has entered the 1st sign of the Zodiac  Aries

one of the best positive aspects is today 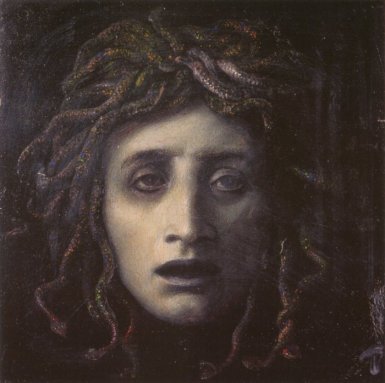 the most infamous Star in the skies, the blinking star which the Greeks demonized as the Amazon warrioress MEDUSA,who had sacred kundalini/sexual power in her hair shown as snakes. Hair is a spiritual antena and thats why all holy people do not cut their hair. Medusa was originally a beautiful and powerful Amazon woman, from Libyian who wore dreadlocks, which looked like snakes. The Greeks were terrified of these independent Amazons who refused to bow down or to serve men.

No wonder the legends said she turned men to stone, thats an unconscious projection, the Patriarchal Greeks were terrified of her power.

The Greek myth of Perseus beheading her is a brainwashing Heroic tale the Patriarchy created to show the defeat of the Amazons.

Use this empowering Sun trine Jupiter as a rallying cry for all women to stand strong against tyranny from the Patriarchy.

Trine your lightbody, three times the light and 3x’s the earth

It would be a good day to connect with the earth and practice tantric earth womb breathing to gently open the sacred serpent energy in the spine.

Just Do something good for your body, work in the garden, give a massage, get a massage eat a great meal with the best wine, breathe in the fresh clean air be grateful to be alive.