At 4+ Aquarius with Mercury now within boundaries again, nearby the AIRY LUMINARIES of the Sun and Moon who invite us to Enlighten and expand our minds and our consciousness with Aquarian electrical out of this world Cosmic prods.

Saturn and Pluto were conjunct on China’s Jupiter in its 12th House of self-undoing, viruses {Pisces} and delusions, indicating many self-sabotaging energies restrictions, limitations, and destructive energies for China this year.

AQUARIUS is an eccentric sign just like Uranus, the planet that governs it in modern astrology because it orbits at a 90-degree angle. Aquarius is the sign which rules Astrology. Originally the Goddess Urania was the ruler of Astronomy/Astrology. Urania was the daughter of Zeus by Mnemosyne and a great granddaughter of Uranus. 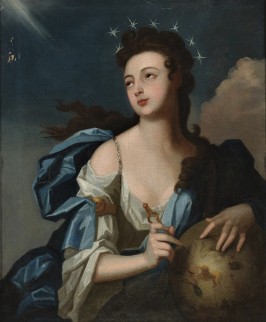 a little story about Urania. “Urania Cottage was a refuge for fallen women established by the writer Charles Dickens in Lime Grove, Shepherd’s Bush, London in the late 1840s. The funding was provided by millionaire and philanthropist Angela Burdett-Coutts, of the well-known banking family. Some of the inmates may have provided inspiration for certain of the female characters in Dickens’ novels.”- Wikipedia https://en.wikipedia.org/wiki/Urania

A URANIAN NEW MOON to break free is ruled by heavy duty planet Saturn traditionally, now in Capricorn now outpacing Pluto and conjunct CERES the Great Mother.  This means there is heavy duty groundwork being broken now too.

Saturn is Lord of reality and Pluto Lord of the Soul, the Psyche, death, rebirth and transformation.

Most of the “planets” are all aligned in Capricorn  Athena South Node Jupiter Pluto Saturn and ceres and the Sun and Moon and Mercury. That’s a very lopsided Zodiac right now.

SATURN briefly enters AQUARIUS on March 21/22, 2020 just after the SPRING EQUINOX which is March 19/20 this year for the first time since 1994. Saturn Retrogrades back into Capricorn July 1, 2020

Saturn finally enters Aquarius December 17, 2020 and conjoins JUPITER December 21,on the Winter Solstice for the GRAND Conjunction which kicks off what many astrologers are calling the Age of Aquarius actually starting. Saturn remains in Aquarius until March 7, 2023.

Aspect is exact on the 26th. A hard aspect, challenging women in general and the Divine Feminine energy to stop projecting romantic fantasies and to desire{Mars} the Sagittarius truth. Being honest is the best aphrodisiac.

Think about taking your husbands’ name. Traditionally this was because women are seen as property and truly empty vessels. Juno is Feminine genius. Stay true to your own identity in relationships. Traditionally matriarchy was the only known lineage.Ceres the Great Mother, its so obvious,

Chiron in Aries is squaring Athena in Capricorn

Athena the original Amazon warrioress may be wounded and bleeding and fighting for her rights. The Harvey Weinstein trial going on.

LILITH is at the last most powerful and critical degree of the ZODIAC, 29 PISCES until January 26.
LIlith, is the dark rejected sexuality and menstrual power of women. She is the Goddess and Divine Feminine who has never been raped, abused or treated as less than any man. She will remain at this powerful degree until January 26. She is squaring Athena the WARRIOR GODDESS. Women need a battle strategy and to go to war against rape, women’s rights and not being victims anymore. The Harvey Weinstein trial will be feeling the heat,

SATURN briefly enters AQUARIUS on March 21/22, 2020 just after the SPRING EQUINOX which is March 19/20 this year for the first time since 1994. Saturn Retrogrades back into Capricorn July 1, 2020

Saturn finally enters Aquarius December 17, 2020 and conjoins JUPITER December 21,on the Winter Solstice for the GRAND Conjunction which kicks off what many astrologers are calling the Age of Aquarius actually starting. Saturn remains in Aquarius until March 7, 2023.

Use the grounding Capricorn energy at this AQUARIAN NEW MOON to create new intentions o boldly go where you haven’t been before.

PLEASE SHARE WIDELY ALL WRITING IS COPYRIGHT OF TARA GREENE