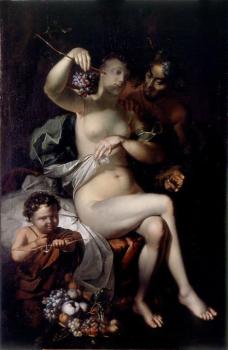 July 23 Jupiter and Juno, the Divine Couple of Ancient Greece are in a PASSIONATE upbeat Fiery Trine with Jupiter in Sagittarius and passionate Juno in Leo at 15 degrees with Mars, the god of sex and war nearby at 13 Leo and the Moon in Aries.

I smell a cat fight.

Known as Jove and Hera to the ancient Romans. The King or The Emperor in the tarot #4 and The Queen, the Empress #3 are a cosmic symbol of relationship balance. Except that they were always acting out on dysfunctional ways and were never faithful to each other. Where once the goddess was primary and her consort who she chose to share power with, was her lover husband and also her son. The original balance of masculine and feminine symbolizes stability. in the latter Greek myths , Jupiter was an infamous philander, Casanova and cheat. Zeus was always transforming himself into a swan, a flower, a horse and seducing and raping whoever and whatever he wanted. Juno has to put up with it and maintain a trophy wife kind of status, but she always got back at Zeus somehow.

Juno and her peacock, Asteroid Goddess of Female Genius and traditionally of marriage

I believe that JUNO, whose symbol was a peacock and cognate with Saraswati the Hindu Goddess of Creativity, was originally the Feminine counterpart to Zeus and symbolized Feminine Genius. We have JUNO awards in Canada for acting which is quite nice too.

Not exactly the emblem of wedded bliss and love. Of course marriages were arranged to hold onto, expand and order power, wealth and possessions.

Marriage was not about love.

This combo of the divine masculine and the divine feminine with Mars in Leo should bring on the passion in your relationships. Mars also puts up boundaries and gets angry and goes to war. If women don’t feel they’re being treated fairly in a committed relation she will walk. A Trine makes the energy flow with ease. Expect to see some dramatic spitfire.

Later Aries fighting moon squares the two heavies Saturn and Pluto the uplifting trine turns into a tense hard squaring off in the corners in PDT July 24 in EDT and GMT. Two cardinal signs stalking around each other like lions. Who will strike first?

Made a quickie Vlog for you.

get a reading with me http:/www/taratarot.com