It’s a Blue Moon because its the third full Moon in a season- a 3 month period- that has four full Moons, this will be a Blue Moon by the older definition. The Moon will not look like or taste like Blue Cheese. This moon has many monikers: Flower Moon, Corn Planting Moon, and Milk Moon.

It is also the sacred Full Moon of WESAK honoring the birth, enlightenment-Nirvana and death- Parinirvāna of Gautama Buddha, celebrated by Buddhists worldwide. Its the most auspicious moon of the year. You don’t have to be a Buddhist to tune into the energy that this potent moon provides. Thousands of years of observance has given this particular full moon archetypal energy which anyone can tune into Buddhism’s energy of compassion and loving kindness.

The Moon is in Scorpio befitting the theme of death, letting go of the ego and transmutation from the Taurus energy where the Sun is into Scorpio The Death Card in the Tarot #13.

This Full Moon is all about letting go from the depths of our souls of the ego’s illusion.

Her head of snakes for hair makes her even more powerful as the head is the seat of enlightenment, the crown chakra and hair is always a spiritual symbol of strength too. Snakes are Kundalini sacred sexual energy of enlightenment. Another version states that she was an Amazon warrioress Goddess from Libia who wore dreadlocks which looked like snakes.

The projection that she could turn men to stone symbolizes her Scorpio piercing gaze which could look right through anyone and shatter the illusion of their ego’s.

The Sun is conjunct Sedna the dwarf planet of Inuit legends the Goddess of all sea creatures whose story of her father’s rejection and murder causes her endless grief. She became the mother of all sea creatures. Her hair is brushed by those who seek her succor. Much grief will arise out of patriarchal rejection from this intense full moon of completion.

This is the deepest of Full moons connecting us to our inner psyche’s our shadows, fears, sexuality and power needs. A lot of shadow material will float to the surface. Work with it, dissolve your ego into it for the greatest healing.

Mercury has just trined Pluto so you need to talk about where it hurts. The Moon in late Scorpio makes a wide out of sign trine to Chiron the Wounded Healer in Aries. The whole point of us taking earthly existence is to experience these terrible wounds, to learn to fully feel them, heal them, and transcend them.

The Heavy Duty Saturn Pluto South Node alignment is sextiling the Full Moon which is a big advantage to uplevel and release old sedimentary layers of deeply buried secrets and unconscious material. You may be easily triggered over the next two weeks by newly released buried abuse sexual or emotional or both that arise. Get counselling help if you need it.

Mars the ruler of SCORPIO in traditional Astrology is OUT OF BOUNDS in early Cancer. At its maximum OOB this weekend, This brings passion, desire anger and freedom to go beyond any old restrictions, old emotions or past residues and find our way back to the womb of the Great Mother for rebirth.

May 17  Were heading for that  big deep Scorpio Moon tomorrow

Moon opposes Uranus in Taurus at night expect to be sleepless in Seattle and everywhere else.

Mercury in Taurus is about speaking and Jupiter in Sagittarius Retrograde- this is about politics and laws. Many laws are cracking down on freedom of speech. Taurus is a feminine earth sign of money and stability. ruled by Venus now in her home sign. Women may be very angry about recent anti-abortion laws and immigration policies in the US- they need to organize better and get their voices out there..

Last but not least 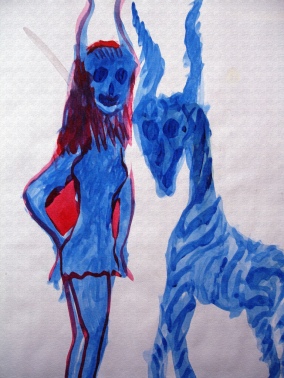 this powerful earth trine is stubborn stable, death-defying, bullish on Plutocrats and you will hear from the wealth and 1%. Good for bullish stock markets or the downturn? Pluto is destructive. It can be bad for environmental causes. and animal rights.

In other words. “Say what you mean and say it from your soul.” Inconvenient truths but a chance to speak from your soul and embody your values too.

please note  I will be out of town teaching over the next 6 days.

I will write as I can. more likely start shooting more videos