I was born with Venus in Libra.

I started out telling my very surprised mother that I was going to be an artist when I grew up when I  was nine years old.

I loved to draw,and  danced from the age of 5, loved to sing,and wrote poems, dreamed and fantasized a lot. I was interested in metaphysics, mysticism, the occult since I was very young. I was always a unique individual, against the mainstream, also born psychic. Art allowed me to express my soul.

Art and all artistic endeavours, painting, music, dance, writing, acting are all ruled by VENUS, who co-rules Feminine earthy sensual Taurus and the  airy Masculine sign of LIBRA.

NEPTUNE is considered to be Libra’s Higher Octave, and in modern Western tropical astrology Neptune rules the sign of PISCES, the sign of spirit, of the Source, which all artists must channel through. Neptune rules illusions, fantasy, film and photography, addictions, delusions.

As Venus is in Libra now and will be From Oct.28 to Nov.21st Venus the Goddess of beauty is impelling me to talk about ART.  ART is necessary to feed the beauty of your soul. In Europe and in most 3rd world countries, Art is a part of everyone’s daily life. Art is as essential as your daily bread.

Neptune rules artists as shaman’s, shape shifters. They must channel through spirit and many are alcoholics, addicts as the dark side of Neptune.

With Neptune at zero degrees of its own sign NOW and for the next 14 years. ART and Spirituality will be a very important part of our need for beauty and artistic creative self expression.

I was born with Venus in Libra exactlly conjunct NEPTUNE at 20 degrees. I can’t really separate Neptune from Venus.

So to me Art is always about spirtuality, the soul expressing itself. Especially in visual arts, as the soul always  speaks in images, symbols, icons, in dreams, it has no real spoken language. We are naturally image makers.

So lets look at Venus in Libra and Neptune in some famous artists charts.

Leonardo Da Vinci one of the most famous and deservedly so artists and genius’ in the world and Venus and Neptune are very strong in his natal chart.

Born illegitimately on April 15 1452 Old Style, his birth date has been changed to accord with Gregorian calendars to April 23 with a birth time recorded as close to 9:40 pm. The chart has been used by Astro data Bank.

Leonardo has Venus dignified in Taurus @ 24 degrees in the 6th house of work discipline, service. Born with Neptune Retrograde at Zero degrees of LIBRA, Venus trines Neptune which is the highest elevated Planet in the 10th house of worldly fame. Saturn sign of hard work, discipline is also in Libra where it is exalted.

Jupiter is in his home Feminine sign of PISCES.

the ruler of Pisces in Traditional astrology is conjunct Leonardo’s  very imaginative, spiritual, mutable, artistic Moon,which it rules in the 3rd house of communications.

Leonardo also has a SAGITTARIUS Ascendant

6 degrees of Sagittarius. Also ruled by Jupiter. Jupiter is expansive, metaphysical, aiming higher, reaching for the stars, honest. I was pleasantly surprised to see it  is the degree of my Sun!

Was born with 5 planets in TAURUS, all Venus ruled

Saturn at 9 degrees Retrograde in the 10th house

Neptune at 15 degrees Taurus Retrograde in the 10th

Chiron at 22 degrees Taurus in the 10th house

Jupiter at 23 degrees TAurus retrograde in the 10th house

Pluto at 28 degrees Taurus Retrograde in the 10th house

If anyone was born with a chart to  be a wealthy world-famous artist it is definitely PICASSO!

and co-incidentally Picasso‘s Moon, his Unconscious is at 8 degrees of Sagittarius conjunct his North Node at 9 degrees Sagittarius which is also conjunct to Leonardo’s chart. Which makes me think that perhaps Leonardo re-incarnated as Picasso. Those specific Sagittarius degrees are also conjunct to major fixed Star Antares.

ART SHOWS to see while Venus is in LIBRA 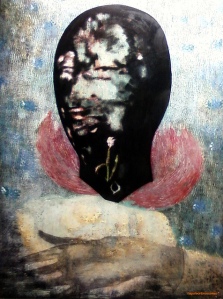 at the Robert Kananaj Gallery

Created in an utterly unique style, using hand cut rollers, which the artist makes to rotary print a repetitive pattern in a shamanic like state. They are then sealed with epoxy and ground down and then brush work is applied. Some paintings take years to make.

The artist will be present, show continues till Dec 8.